The winner of the first My Battersea Photography Award is 11-year old Louis Benne for his stunning picture of the Thames foreshore entitled Fire.

His younger brother Dylan Benne (aged 9), also walks away with a prize as winner of the 10 years and under category for post box photo The Red One.  The winner of the 18 and over category is Barbara Callway for Pavarotti’s Puddle, an endearing image of bulldog and owner in Battersea Park.

The Battersea Society, in partnership with the Royal College of Art, launched the My Battersea Photography Award to celebrate and explore what Battersea means to those who live and work in the area. The competition was open to the general public and there were nearly 200 entries – 30 of which have been selected for exhibition at the Dyson Gallery at the Royal College of Art (My Battersea was open to the public 1-3 October 2021).

Judges for the My Battersea Photography Award were Jenny Sheridan, Chair of the Battersea Society; Hermione Wiltshire, Senior Tutor and Acting Co-Head of Programme in Photography at the Royal College of Art; and Alan Burles, former Art Director of Saatchi & Saatchi and winner of the Leica Street Photography International Award 2018.

The fire on the shore echoes the fiery sun setting over the Thames from Battersea. The photograph extends over several dimensions - the shoreline in the foreground, the reflective surface of the river and the far reaching sky over the skyscrapers. Hermione Wiltshire, RCA

The composition is elegant, the horizon is straight (easily overlooked) and the orange flames help fire, reflection and sky melt into one. There is also a bit of mystery - how often do we see a bonfire on the bank of the Thames? What are they burning? Is it legal or is it an accident - or vandalism? And who are the people? As we look for the story we are presented with a striking view across the river and a dramatic, blazing sunset framed by the very tall building on the right. Alan Burles, Photographer

I love the contrast between the soaring glass skyscraper on the north bank of the river and the primeval bonfire on the southern foreshore. Jenny Sheridan, Battersea Society

Category Winner 10 years and under

The Red One by Dylan Benne 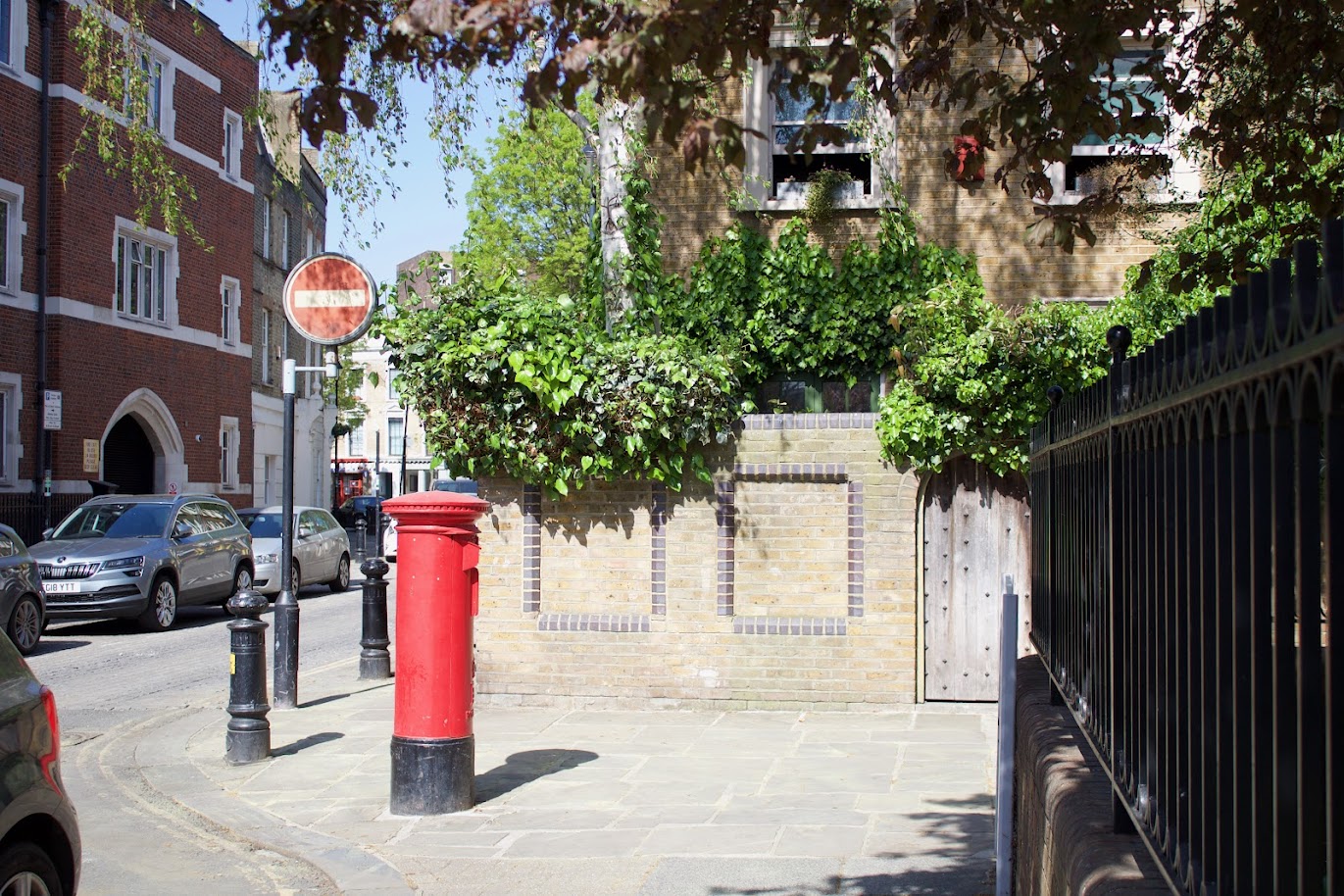 Interesting composition - The metal railings on the right lead my eye to the door in the wall with the foliage and house behind. The No Entry sign and the post box - both coloured red - point through the gap to the far distance revealing the red bus. This person is a natural! Hermione Wiltshire, RCA

This could be regarded as a very mature and composed photograph for almost any age group but for an under 11 this picture is astonishing.  There is a confidence about its composition with the space in the foreground and play of the five elements of red in the photo. And the understated nature of the subject matter draws us in. Simple, cleverly constructed and with space for the eye to roam. Alan Burles, Photographer

This has a strong sense of place, with the pillar box and bollard leading to the cafes of historic Battersea Square in the distance. Jenny Sheridan, Battersea Society

Category Winner 18 years and over

The low camera angle contributes to the great depth as our eye is taken down the path into the picture.  The bulldog is caught stepping in the highly reflective puddle by the fast shutter speed making the picture both dynamic and funny. Hermione Wiltshire, RCA

The dog, framed in the foreground and apparently independent of an owner, has chosen to stride through a huge puddle. The fast shutter speed freezes the splash as the leg enters the water and yet the splash also gives us strong forward movement. Plus it captures the determined, hangdog expression of the bulldog. Alan Burles, Photographer

This made the judges smile – but it’s also a reminder of the floods that hit parts of Battersea this summer. Jenny Sheridan, Battersea Society

My Battersea Photography Award 2021 was supported by a WAF Grant