Thick ‘n’ Fast presents Not Quite, a fast-paced comedy about the interview process and the struggle to prove one’s worth.

Eager to impress, naïve young hopefuls Cassie and Georgie are intent on making a good first impression. With their fingers crossed, a strong handshake and uncomfortable footwear, these two will overcome every setback to get onto the career ladder.

'Not Quite' follows the trials and tribulations of two young women, their ill-conceived handling of the dreaded interview, and the seemingly impossible feat of cracking the job market. Nepotism, sexism and classism are all familiar pitfalls, but Cassie and Georgie are further impeded by their own audience-cringing mistakes, nerves and overbearing insecurities.

'Not Quite' is written and performed by Thick ‘n’ Fast: Cassie Symes and Georgina Thomas who met at the Royal Central School of Speech and Drama. The show was conceived during their residency at Theatre Delicatessen and this performance is a debut before heading to the Edinburgh Fringe Festival, 2019. 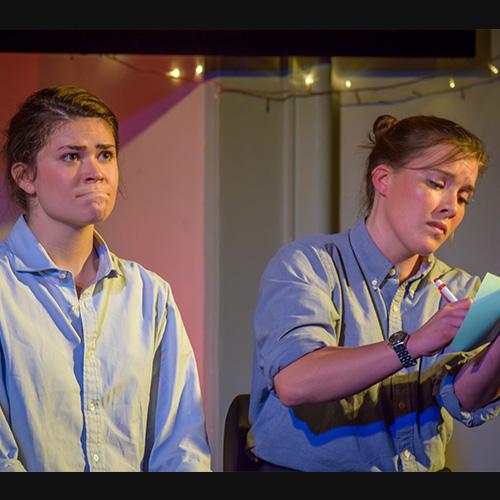